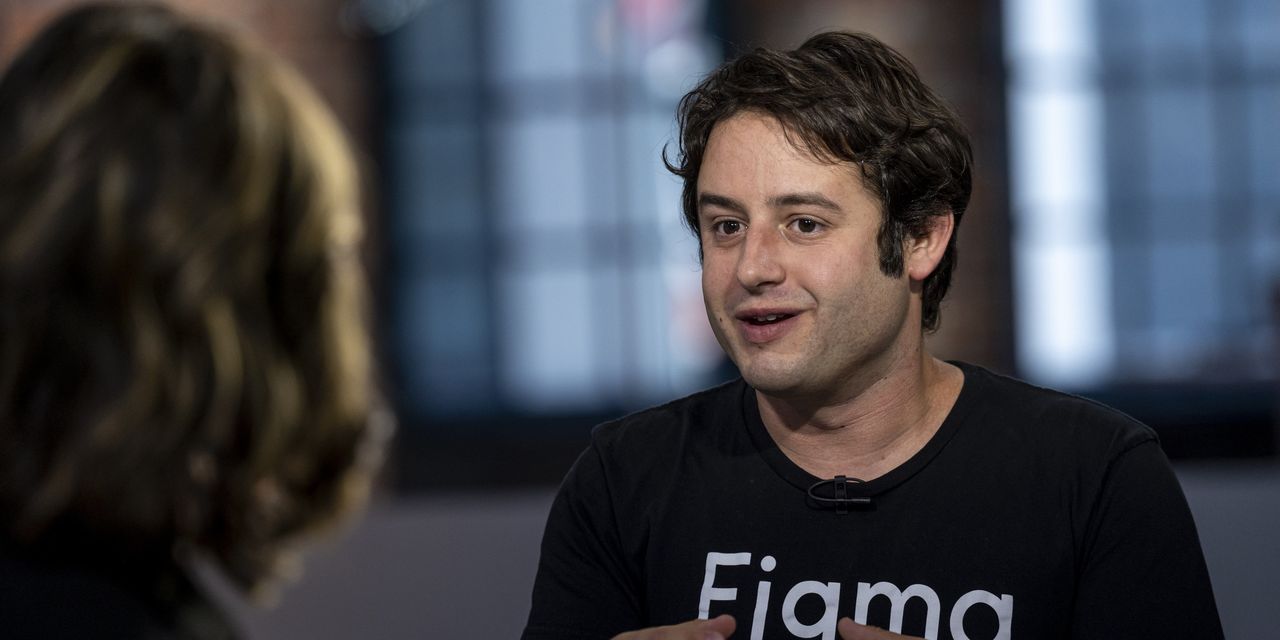 Tools such as Figma’s interactive virtual whiteboard and its design and prototyping offering are especially important in areas such as software development, which rely on highly collaborative processes. The pandemic has accelerated the adoption of such collaboration and productivity software, and the hybrid work environment prevalent among companies is leading to a new generation of these tools and software.

The growing popularity of the social network helped fuel interest in an earlier wave of collaboration technology companies, including Jive Software and workplace chat company Yammer, which was later acquired by Microsoft. Corporation

in 2012 for $1.2 billion. Facebook would later borrow its own formula for its enterprise social-networking tool, Workplace.

In the years before the pandemic, Slack technologies and its messaging offerings defined enterprise collaboration, leading to Microsoft’s decision in 2016 to launch a competitor, Teams. Slack was acquired by Salesforce.com. Inc.

Last year for about $28 billion.

And Microsoft introduces its own suite of products with new twists on collaboration and productivity.

David Wadhwani, president of digital media at Adobe, said, “10 years ago there were great examples of new forms of collaboration, such as Google Docs … it has taken a while for this to become more widely implemented.” He will oversee 10-year-old Figma and its CEO and co-founder, 30-year-old Dylan Field.

Adobe is best known by consumers for software programs — including Adobe Photoshop, Adobe Illustrator and Adobe Acrobat — used for graphic design, video editing, and more. It also has sections focused on analytics and marketing as well as publishing.

Corporate executives say they expect collaborative software to continue to grow in scope and capability, become more visual, and strive to meet the level of collaboration that occurs in physical office locations. As companies grapple with return or hybrid policies to the office, “demand is very high across the board to help with this problem,” said Jim Szafransky, chief executive of presentation software provider Prezi. In some ways, the focus has shifted from doing real work at the start of the pandemic to building culture and collaborative relationships in remote and hybrid environments, he said.

Mr Szafransky said collaborative tools are becoming more visual, rather than just text-based, and are focusing more on ensuring group participation so that employees are not left behind in remote settings.

and currently an advisor on technology issues to officers and boards.

Mr von Autenreid said the call for employees to return to office is a sign that there is room to improve the means of collaboration, particularly in areas of less structured, more seamless interactions.

Figma drew inspiration from Google Docs by basing itself in the cloud so that people can work together in a digital space, rather than creating different versions of the same project, Mr. Fields said. Figma was different from other tools because it made it easier for people in technical and non-technical roles to collaborate on the design process on a single platform.

Mr Wadhwani said that Figma’s next generation of collaboration and productivity tools also draw inspiration from the gaming world, with many people remotely participating in a task in real-time. “It’s a multiplayer-game-like capability,” he said.

Got an opportunity to invest in Figma during its B round.

“It’s buying old new,” said Mr. Saper. “The old way of building productivity tools the way Adobe started out, [and it was] intended for use only by a narrow group of people.”

Figma isn’t built just for designers, but a range of people involved in design, and that requires software that’s easy to use and share, he said. To that end, Figma was built not as an app but as a web-based application because it’s easier to share, Mr. Fields said. He said his company has an app, but it’s a shell for web-based software.

“We thought the browser was not recognized for its power,” Mr. Fields said. He said the web-based approach, which minimizes the need to download software, made Figma easier to land among a wider group of users.

The fact that Adobe was willing to pay so much for Figma, according to Mr. Saper, shows the belief that its software was fundamentally different. He added that there was no question Adobe was buying a smaller but rapidly growing rival, “but if Figma had been just another piece of software with a lot of development, Adobe wouldn’t have paid that much for it,” said Mr. Saper. he said.

—Thomas Loftus contributed to this article.