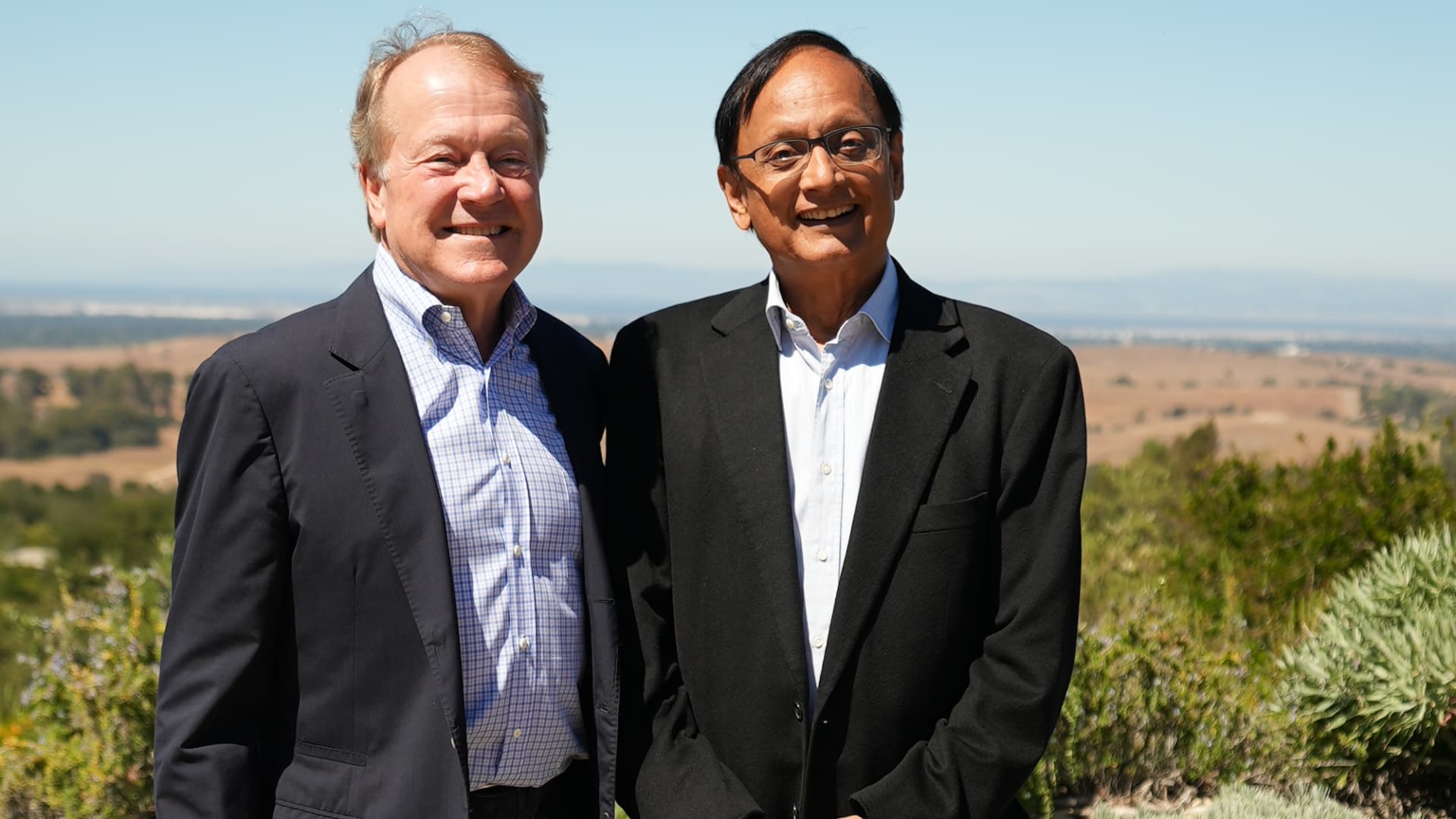 In his two decades running Cisco, John Chambers has transformed computer networking into one of the world’s foremost tech companies, with annual revenues of close to $50 billion and huge customers around the world.

Now, seven years away from selling switches and routers, Chambers is challenging his former employer with a startup that’s coming out of stealth mode on Wednesday. Chambers, 73, has teamed up with former Cisco development head Pankaj Patel to form Neil, a company that promises to uplift the world of corporate Wi-Fi.

It’s a market that over the years has seen Cisco battle it out with Juniper Networks and Aruba Wireless, now a unit of Hewlett Packard Enterprise. Chambers and Patel say that neither Cisco nor its current rivals have developed the wireless technology needed to meet the demands of the modern-day office, given its swarm of devices, a trend toward hybrid work, and advanced security threats. with.

“We’re building something that our previous company wasn’t making,” Chambers said in an interview with CNBC. “It’s a whole new field. It’s not like we did anything, and we’re trying to make it better.”

Neil has raised $125 million in the four years since he and Patel, CEO, started the company, although its funding rounds have remained confidential until now. through his investment firm, JC2 Ventures, Chambers stated that he owns 10% of Neil’s. Other investors include March Capital, 8VC and Iconiq Capital.

Neil’s technology has been generally available to customers only since May, so the company has a long way to go before market share talks are meaningful. A spokeswoman said Nile has 20 production deployments including Sprinkler, ThoughtSpot and the University of Missouri-Kansas City.

Neil is offering a simple user experience, with no need for customers to deal with hardware upgrades. Instead of selling big, expensive boxes — the Cisco model — Nile will charge organizations a fee based on the number of people using its networking infrastructure each month.

This is especially relevant at a time when employers are exploring their hybrid and remote work plans. Patel says offering Nile’s only services will save customers 30% to 50% at each location where it is deployed.

“We are very different,” he said. “We actually align with the number of users on the network. In a building, if there are 250 or 300 users on a given day, we only charge them for the number of people who are using it. Huh.”

Nile is far from the first company to attack Cisco and other hardware vendors with a software-based alternative.

‘Has been a topic of discussion in the industry’

While Chambers and Patel were still at Cisco, several Silicon Valley startups raised big venture rounds as they touted an approach called software-defined networking that involved developing advanced software and placing it inside a commodity box. But the hype never happened in the big new companies, as existing ones, including Cisco, got their way. Market,

Most recently, Cisco has started allowing customers to pay for Networking as a Service (NaaS) starting with 2021 introduction Which is called Cisco+. And earlier this year, HPE announced Greenlake to Aruba, However, few large companies have signed up for such arrangements, said Brandon Butler, an analyst at IDC, a technology industry researcher.

Patel said, “Officers have tried to snuff for a long time.” “It’s been a topic of discussion in the industry forever.”

Chambers says Nile’s approach to networking is to do what Amazon did for storage and computing, allowing people to rent resources and buy, install and manage their own hardware. Use every month instead of needing to. IDC’s Butler said that, within data centers, networking is lagging computing and storage in the move to consumption-based use.

Riding Cisco is a long task for any startup, but few are in a better position to know the company’s weaknesses than Chambers and Patel, who have worked together in some capacity for nearly 25 years . Chambers joined Cisco in 1991, a year after the company’s IPO, and took over as CEO in 1995, a position he would hold for the next 20 years. Patel spent about 14 years at Cisco and before that was an engineer at a company bought by Cisco. By the time of his departure, he was among the top four executives at Cisco.

“Whether it is a public company or a private company, small or medium or large, any company is essentially ready to be grabbed,” Patel said. “Why? Because anyone in any enterprise, whether it is small or big, needs connectivity to do their job.”

Meanwhile, Cisco has been placed in low growth mode for more than a decade, including the tail end of Chambers’ career. Since coming out of the financial crisis, the company hasn’t posted double-digit revenue growth since 2010, and has been above 5% only once since 2013.

For Chambers, taking on Cisco is somewhat ironic. As CEO, Chambers was known to make life difficult for his lieutenants who had left for a rival company. The most notable example was at Arista, an enterprise networking company co-founded by Andy Bechtolsheim and David Cheriton, who sold a former company to Cisco.

In 2008, the duo appointed Jayshree Ullal as CEO of Arista, Cisco’s top executive. It was a move that Chambers personally took. In 2011, according to wall street journal, Chambers told “officers to prevent Arista from winning any new business from Cisco customers.” Its sales staff “formed the Tiger team to hinder Arista’s marketing efforts and stall its initial public offering plan,” the Journal reported.

In 2014, Cisco sued Arista for patent and copyright infringement, setting off a protracted legal battle that was agreed to with Arista four years later. Pay Cisco Over $400 Million to end the litigation.

“We need to send a message to the market that we will protect our innovation and protect our customers as well,” Chambers told CNBC at the time of the lawsuit. Ullal responded, telling CNBC that Arista was “definitely blind and disappointed.”

At that point Ullal said, “John should have at least picked up the phone and called me.” “Instead it was in the press, and we only got it five days later.”

When asked about a comparison between what former Cisco executives have done in the past and what they are doing now, Chambers called it a “fair question.” He said he and Patel have been out of Cisco for “many years” and have done about eight startups together since then. He said the Nile is going after a market of transition in which all incumbents have failed to change,” and he continued, “I’ve always believed that your competition always comes from the bottom.”

Chambers also brought in another Cisco alum, who left the company to form a thriving competitor called Zoom. Zoom founder and CEO Eric Yuan joined Cisco in 2007 through the acquisition of WebEx. He left Cisco in 2011 after failing to gain traction internally for his effort to build a more modern video-conferencing system.

Yuan introduced Zoom, which became a household name during the pandemic because of how easy its video chat software was to set up and use on any device in the office, at home, or on the go. Chambers highly praises Yuan and even uses Zoom for his virtual meetings (including this one).

“He was very creative,” Chambers said of Yuan. “I wish we were faster on our feet to balance it out.”