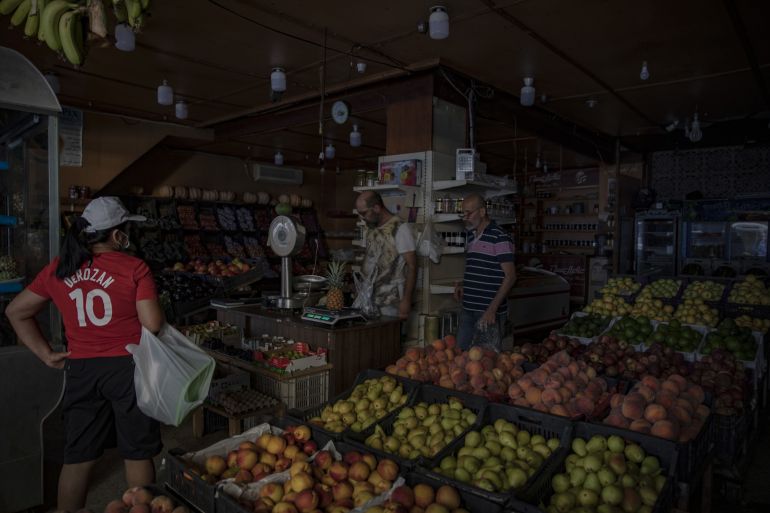 “Any country can be knocked off course more easily and more often,” the head of the IMF warned.

The International Monetary Fund (IMF) will cut its forecast for global growth by 2.9% next week in 2023, managing director Kristalina Georgieva said Thursday, citing growing risks of recession and financial instability.

Georgieva said that the outlook for the global economy is “worse” given the turmoil caused by the COVID-19 pandemic, Russia’s invasion of Ukraine and climate catastrophes on every continent, and the situation could well worsen.

“We are experiencing a fundamental shift in the global economy, from a world of relative predictability … to a world of greater fragility — more uncertainty, higher economic volatility, geopolitical confrontations and more frequent and devastating natural disasters,” she said in her speech. at Georgetown University in Washington, DC.

Georgieva said the old order, characterized by respect for global rules, low interest rates and low inflation, is giving way to one in which “any country can be knocked off course more easily and more often.”

She said that all of the world’s largest economies – China, the US and Europe – are now slowing down, reducing demand for exports from emerging market and developing countries, which have already been hit hard by high food and energy prices.

The war in Ukraine and global economic risks will dominate the annual meetings of the IMF and the World Bank next week in Washington, DC, which will bring together finance ministers and central bankers from around the world.

The IMF estimates that countries that make up about one-third of the global economy will contract for at least two consecutive quarters this year or next, Georgieva said.

“And even when growth is positive, it will feel like a recession due to shrinking real incomes and rising prices,” she said.

Overall, the IMF expects global output to fall by $4 trillion between now and 2026. This is roughly the size of the German economy and represents a “serious downturn,” she added.

Georgieva said that dividing the world economy into blocs that either support Russia, oppose it, or “sit on the bench” after its invasion of Ukraine will ultimately lead to less efficiency and hurt the poorest people the most.

“We cannot let the world fall apart,” she said. “If we come to the point where parts of the world are cut off from each other, the poor in rich countries will bear the brunt.”

Uncertainty remains high and more economic turmoil is possible, she said, warning that high levels of debt and liquidity problems could exacerbate rapid and erratic asset repricing in financial markets.

Georgieva said inflation remains stubbornly high, but central banks must continue to respond strongly even if the economy slows.

In an interview with CNBC, she said US Federal Reserve Chairman Jerome Powell is on a “very, very narrow” path in shaping monetary policy, but the IMF expects interest rates to be “somewhere in 4 percent territory” in 2022 and 2023.

“If he doesn’t tighten enough, inflation could break anchor. If it drags on too long, there could be a recession. So Jay Powell is doing his best to monitor the parameters in the economy to calibrate what he is doing and I believe he will make the right choice,” she said.

Fiscal measures taken in response to high energy prices should be targeted and temporary, she said in her speech.

“In other words, as long as monetary policy slows down, fiscal policy should not step on the gas pedal. This will make the trip very difficult and dangerous.”

The UK this week canceled tax cut plans for the richest, sparking market turmoil and a sharp rebuke from the IMF, which warned the country’s financial plans risk increasing inequality and run counter to monetary tightening.

Asked by CNBC about the IMF’s criticism of UK policy, Georgieva said: “That’s the message we’re getting across.”

Georgieva called for more support for emerging market and developing economies, noting that high interest rates in advanced economies and a strong dollar have caused capital outflows. The probability of a portfolio outflow has increased to 40 percent.

She also urged China and private lenders, which account for the lion’s share of the world’s debt, to eliminate the risk of an expanding debt crisis in emerging markets.