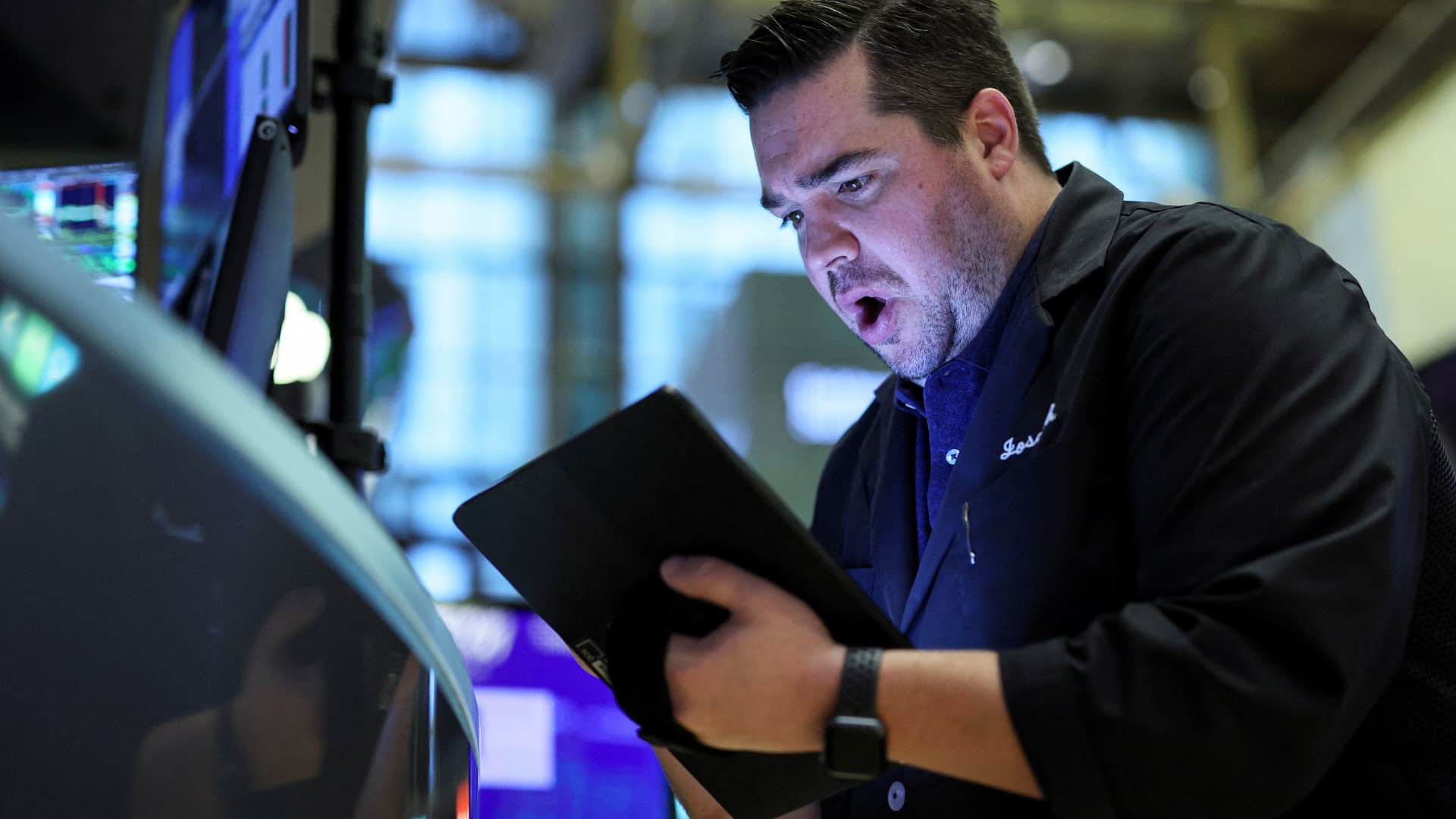 Wall Street’s sell-off may not end even after a tough month in which every sector of the stock market has been hit hard, according to several tech strategists. The S&P 500 fell 9% in September, breaking its previous yearly lows along the way and breaking below key technical levels. The sell-off also included extremely wide sales, with some days considered “washout” days or a sign of surrender. But as the calendar approaches October, tech strategists are still reluctant to talk about hitting the bottom. BTIG strategist Jonathan Krinsky wrote in a note to clients on Sunday that despite the S&P 500 falling to another key moving average that could be a bounce point, the stock looks set to continue to fall. “We closed Friday almost dead on the 200-week moving average, similar to what happened in 2018. The difference, however, was that during the 2018 low, the VIX curve was reversed 12 points, and it is now practically flat. So we don’t think 3589 will mark a low and there could be a possible jump to 3400 before a more sustained low is formed in late October,” Krinsky said. The VIX is the Cboe Volatility Index, often referred to as Wall Street’s “fear meter”, and is based on the volatility implied by the options market. The overall calmness of the measure has puzzled strategists during this bear market as it remains well below its peak in March 2020 during the Covid-driven market downturn. Bank of America strategist Steven Suttmyer agrees that the market probably has more room to fall. He also pointed to options market indicators that suggested that the bottom had not yet arrived. “In the short term, additional tactical capitulation may be needed. The 3-month VIX fell below 1.0 against the VIX last week, but the 5-day and 25-day put/call could require jumps above 1.2 and 1.1, respectively. , for tactical surrender,” Zutmayer wrote. Another group of indicators used by technical strategists is investor positioning and sentiment surveys. Many of them show that the mood among money managers is close to the bottom, but this does not mean that a rebound is inevitable. “The most recent NAAIM data shows that the average active manager is only 12% exposed to stocks. This is down from 30% the previous week and below the quarterly average of 41%,” JC O’Hara of MKM Partners wrote in a note to clients. “Historically, this is a very rare reading, but we have found that while low-impact readings are contrary to reports, the timing is not accurate. depression over a long period of time,” he added. — Michael Bloom of CNBC