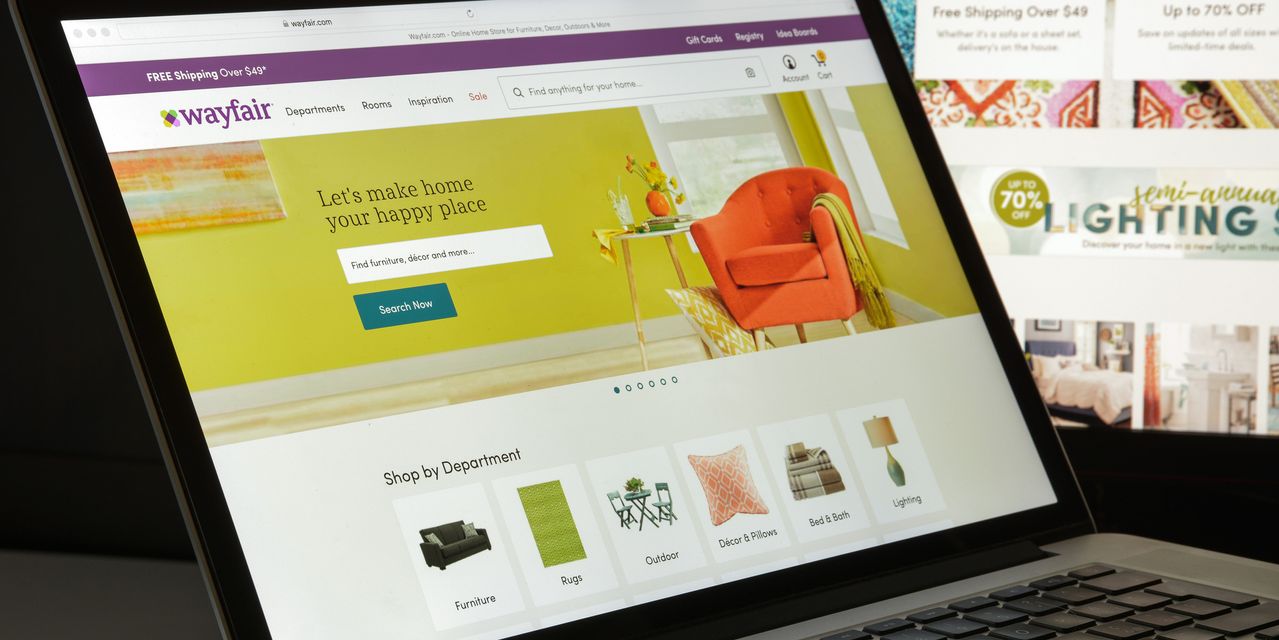 Stocks posted solid gains on Monday More on optimism about the economic outlook as traders prepared for a busy week of earnings reports.

These stocks were up on Monday:

Shares of Wayfair (ticker: W) soared 27% on Friday after rising more than 20% after the home furnishings retailer announced it was cutting about 1,750 employees, or 10% of its workforce. On Monday, the stock was upgraded from Underweight to Overweight at JP Morgan, and from Underperform to Buy at BOFA.

Shares of Xylem (XYL) declined 8% after the water technology company said it would acquire wastewater treatment systems company Evoqua (AQUA) in an all-stock transaction with an implied enterprise value of approximately $7.5 billion. Evoqua shares were up 15% at $47.28.

Western Digital (WDC) gains 8.7% after Bloomberg reported that the company was in talks to merge with fellow data-storage company Kioxia Holdings.

Advanced Micro Devices (AMD) rose 9.2% and Qualcomm (QCOM) rose 6.6% That’s after upgrading the chip maker’s shares to overweight from equal weight in Barclays. The analyst raised his price target on Nvidia (NVDA) from $170 to $250 and maintained his overweight rating. Nvidia closed 7.6% higher.

(SHOP) stock of the e-commerce software company soared 8.8% on Monday after analysts at Deutsche Bank upgraded it from Hold to Buy.

Newell Brands (NWL) jumped 6.1% after Rubbermaid, the maker of Sharpie pens and Expo markers, announced Monday that it planned to cut about 13% of office positions.

See also  Cheap? Maybe. But These Stocks Have Been Dead Money for Decades

Skechers (SKX) gained 4.6% after analysts at Cowen raised their rating on the stock to outperform the market. Analysts wrote that the footwear company is gaining popularity as consumers are less willing to spend on discretionary goods.

Synchrony Financial (SYF) fell 2.4, After reporting earnings of $577 million in the fourth quarter, down from $813 million a year earlier. The bank’s provisioning for credit losses increased by $561 million to $1.2 billion in the quarter.